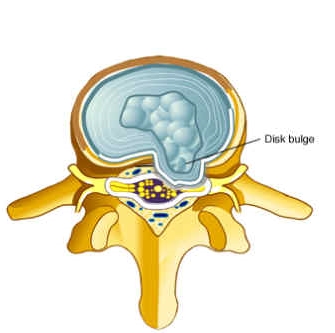 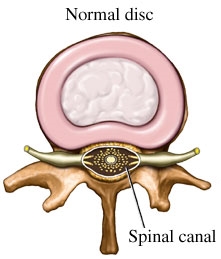 Between the vertebral bones and spine are intervertebral discs. These discs act as cushioning and/or shock absorbers for the spine. Each disc is made of two parts: 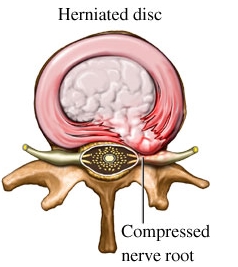 In car crashes, disc herniation happens from a sudden jerking movement which puts a lot of pressure on a disc.

A bulging disc extends outside the space it should normally occupy. The damage to the disc causes the nucleus to be squeezed but not to the point of bursting out of the annulus. The nucleus remains within the annulus, thus the disc remains intact with only a small bubble making a lump on the annulus. The effect is that the disc sticks out of the spinal canal. In car crashes, the sudden jerking movement puts pressure on the disc and squeezes it out of its natural position causing a bulging disc.