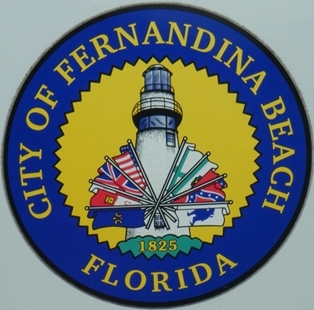 Fernandina Beach is a city in the Nassau County, Florida. It is located on Amelia Island about twenty five (25) miles northeast of downtown Jacksonville. The Amelia Islands can be found on the southernmost part of the Sea Islands.

Since 1562, the city has flown eight (8) different flags, which thus earned it the nickname â€˜Isle of 8 Flagsâ€™. The cityâ€™s location on Amelia Island and the abundance of natural forest made the city a popular sea point very early on. Fernandina Beach thus attracted settlers and businesses alike to its shores.

Seal of the city of Fernandina Beach

In 1939, ITT Rayonier Paper Mill opened its first southeast pulp mill in the city and it has since flourished. The companyâ€™s market segments are:

The company to date maintains the cityâ€™s facilities. ITT Rayonier Paper Mill is now the leading international forest products company and is the fifth (5th) largest land owner in the United States.

Another company that drove Fernandina Beachâ€™s economy over the years is Smurfit-Stone Containers. The companyâ€™s main products include but are not limited to:

If you or a loved one has been diagnosed with mesothelioma, you may be entitled to compensation.